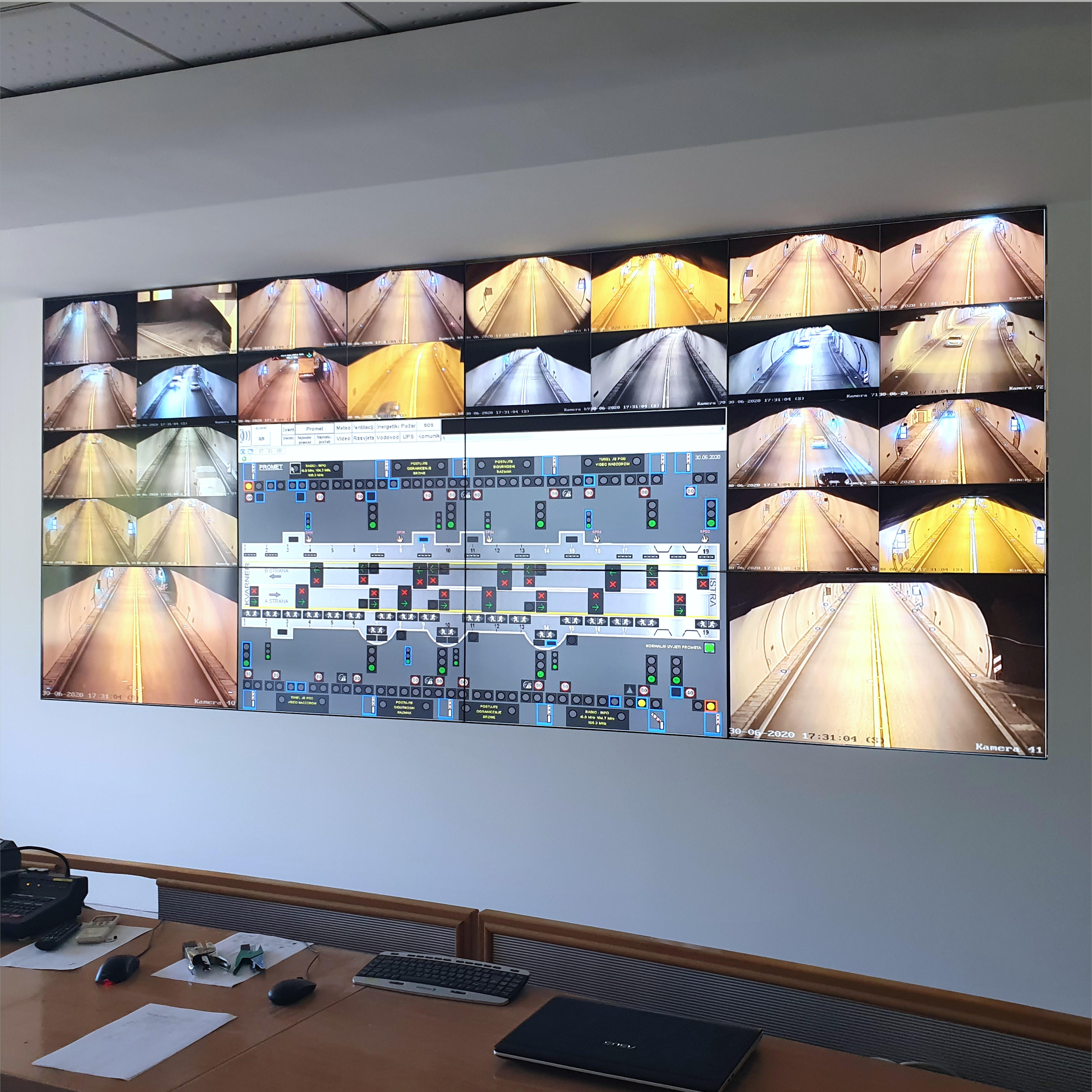 BINA-Istra is in charge of optimal and safer travel through Istria Y, and the latest project of modernization of the control center of the Učka tunnel also contributed to that; replacing the video wall and upgrading the existing video surveillance system. Project is accomplished by Eccos’s own application solution EpsimaxTM.

Tunnel management and monitoring with the SCADA system and video surveillance is displayed on a new video wall operated by Epsimax. At the same time, it provides operator with a display of traffic management systems and various video cameras, depending on the current situation in the tunnel (sequential display of cameras for situation overview in the tunnel and special alarm points to display cameras related to detected incidents). An automatic incident detection system in the tunnel has also been integrated.

Epsimax is an application with the ability to integrate all technical protection systems, and a special feature of Epsimax lies in its modular that allows it to be fully adaptable to user requirements, so various modules can be turned on or off as needed. In this project, the Epsimax video module on the video wall displays arbitrarily defined scenarios, ie display configurations of various sources such as video cameras, video signals from third sources (SCADA computers, computers of other video surveillance systems), web browsers, etc. on the video wall composed of the twelve monitors that Epsimax uses as a single screen for display.